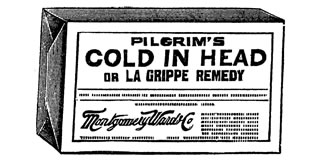 Tilly Playfair’s Grandmother ( who lived with the Tilly and her parents ) belonged to a Senior Citizens Activity Group that use to meet every Tuesday and Thursday.

At least once a month they’d  take a three day trip to the Ocean ( during the Spring and Summer ) or to one of the ” Art Colonies ” up north passed Seattle ( during the Winter ).

Everyone in Lydia Playfair’s Senior Group had some sort of talent they’ve developed after they joined the group. They say things like, ” isn’t it a shame I didn’t have the time to do this when I was younger ” or ” I just didn’t have experience to do this kind of work before…”

After hearing that for years Tilly Playfair knew she was luckier then most people because she found her true talent when she was only 13 years old…it sort of put her head and shoulders above the rest of us.

It was August, it was about eight in the morning and it was already 70 degrees and climbing. Most people in the Playfair’s neighborhood were getting ready for another scorcher and they were already getting short tempered just thinking about the heat… but not Tilly.

Only on that Tuesday morning she did mind because Tuesday was garbage day and it was her turn to drag the trash cans to the curb.

Those three cans were heavy and everything inside of them had been ‘cooking’ over the weekend and boy did they smell.

They didn’t stink, or simply offend the nose.

Do you want to know how bad it was?

Tilly’s eyes started watering the minute she came around the corner of the house…that’s how bad it was.

With grim determination Tilly grabbed one can by it’s handle and took it to the curb. However, by the time she had come back for the third can she was cursing God and her family and every single jerk who had ever generated trash anywhere in the world.

She was so caught up in her own drama at that moment that the can tilted and juice…this brown runny water sloshed up and over the rim and onto her hand.

” My hand!” she screamed ” my hand! ” This was the hand she used to eat with and pick her nose and pet her cat and now it was covered in trash can ooze.

Tilly let go of the can and it innocently righted itself…it was just as safe and sound as ever. It would never know  the agony Tilly was feeling at that moment.

And that wasn’t right…it was unfair and unjust and Tilly decided to do something about it.

She stepped back, pulled her left shoulder forward and then she with over 7 years of soccer experience under her belt she drew her right  foot back and kicked the can over.

Tilly left the fallen beast on it’s side and she pushed most of the trash back into the can with a snow shovel. Then with the shovel still in the can she pushed the can upright and turned to pick up the lid.

It was gone of course.

She was about to scream…not yell but scream when she saw it under the Holly tree at the side of the yard. She went over to the tree got down on all fours and had just reached under the tree when she felt something roll and hit her hand.

Curious  she grabbed the lid and tossed it towards the curb and then she parted the lower branches and looked in.

And looking back up at her was a face with no nose.

The face didn’t have lips or ears and at first it looked like the eyes were gone but they had simply sunk back and had collapsed into the sockets.

Tilly guessed she should have hollered or fainted or run for help. If she had flown into hysterics no one would have blamed her. It was sort of like a get out of jail free card.

Only this card said, ” have the screaming willies as loud as you want ”

Instead Tilly reached out and with one finger she poked at the head and watched it roll a little from left to right.

Right then, as the severed head rolled from side to side, she named it Ernie. The she got up dusted herself off  and went into her house to start the day.

For the next couple of weeks Tilly stopped by the Holly tree to visit Ernie. On some days Ernie looked about the same and then all of the sudden he just sort of came apart.

Then September rolled along and it started to rain so Tilly went and found an empty paint can and a pair of gardening gloves in her garage.

She went back out to where Ernie was and she popped him into the can and with a few taps along the rim with a rock she closed him up in his new home and she took him into her house.

For awhile she kept him under her bed, then she put him into the lowest and tallest drawer in her vanity and on some days she even took him outside and put him under the Holly tree-

Instead her Grandmother and another little old lady were doing some ” Spring Cleaning” as a surprise for Tilly’s Mom.

She was going to be surprised alright considering it was October Tilly said and both the old ladies laughed at Tilly’s joke and invited her to run along unless she wanted to ‘help’.

Of course Tilly said she had homework and then on her way to her room an awful thought came to Tilly. She ran up the stairs to her bedroom, she dove towards her bed she reached under it and…

She went to her closet and looked on the top shelf, she pulled open her vanity drawers and she even opened the top ones that were way to small for Ernie.

When Tilly tried to stand  she was so light headed she almost fainted again. All  she could do was stand there doubled up and she trying  to force herself to breathe normal when her Grandmother tapped on the door.

Tilly tried to say ” Come in ” but all she could do was wheeze.

The door swung in and there was her Grandmother looking grim and angry with the paint can in her hands. ” Next time you want one of these young lady…get your own.”

So Tilly decided to do just that.

In the end she was  famous for it.

7 thoughts on “Tilly Playfair Gets Ahead”