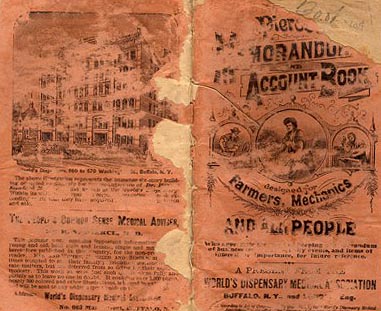 Buckbee Parsall took the late train home because he was never really in a hurry to get back Danuta- which is the town he called home nowadays.

He’d fiddle around at his desk, he’d empty the trash for the janitor and sometimes he’d even help the boss reconcile invoices that weren’t even from his department.

Buckbee would do anything to keep himself from having to catch that train.

” What’s the matter Buckbee? ” his Boss would ask ” Things a little rough at the old homestead?”

” It’s Hell boss ” Buckbee would say and his Boss would pat him on the shoulder and he would smile a real smile of understanding and instead of saying a bunch of meaningless drivel he’d just say to lock up when he left.

Every single day of his life ended just like that.

Last Friday Buckbee manged to make the last train (much to his disappointment).

Then like always he took his seat and started to prepare himself for home.

They didn’t use wood and nails and cement and paint when they built Buckbee Parsall’s home – Buckbee’s little house of doom built on Down Turn Drive was constructed from whining and crying and self-pity and hatred and just about every Vice known to man.

If there was something you could do wrong in this life Buckbee’s did it first and best.

At least he was good at something- being rotten and filled with self-loathing to the core didn’t happen over night. Buckbee knew that sort of task requires skill and commitment from an individual.

So after Buckbee took inventory of his life he jumped in and started  swimming in a Sea of Despair right there on dry land. That’s  when Carew Orchard and Rucker Mead took the seats right in front of him.

The woman was Carew and right away she starts talking about how easy it was to convince her Mother- who seemed to have problems remembering who she was from hour to hour- to sign a bunch of blank checks.

” She owes me ” Carew snapped to her companion ” I’m just sorry she won’t remember it was me that robbed her blind at the end of her stupid life.

My Mother had the same hairstyle for over 30 years and she collected ashtrays. That’s it…that was my mother. She didn’t care how much that weird stuff affected me ”

Rucker told Carew ” That’s like my wife- that woman never appreciated me. I slaved at that Firm for over 40 years to get the house and the cars and the vacations…and it wasn’t like I didn’t share that with her. So she finds out I have a little life for myself on the side and she falls to pieces and throws herself off a bridge.

Do you know what happens after she pulls that stunt? I get hate mail from people because when they tried to talk her off the rail they shut the highway down and people were stuck in their cars for hours. She couldn’t just stay home and do herself in like a normal person. But that was my darling wife- selfish to the core. ”

Buckbee just about got sick at the sound of those two Olympic Class Whiners when he heard Carew ask Rucker, ” So how far is it to Danuta? ”

And then Buckbee did get sick and they stopped the train.

Buckbee could tell Carew and Rucker didn’t want to really be the ones to help him from one car to the next, but the Conductor was a friend of Buckbee’s and it was such a small favor to do for a guy whose life was a living Hell.

The Conductor collared Carew and Rucker and asked them to help Buckbee to his seat. They looked up into that pale slack face and couldn’t really say no.

So they each took an arm and started to walk Buckbee to the next car.

When they were between cars Buckbee grabbed his mouth and through his slightly parted fingers he hissed, ” I’m going to be sick again…”

As Carew and Rucker jumped back Buckbee slid the side door open and he shoved them both out onto the tracks.

And on one of the lines Buckbee Parsall wrote: