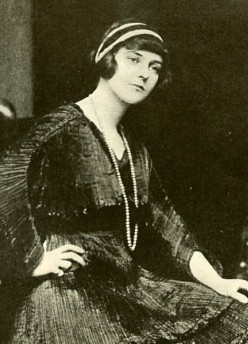 after several inquires about a short story published by the Soul Food Cafe  our staff writers have provided this follow up article and requested it be printed here:

In A.M Moscoso’s Soul Food Cafe short story  ” Under the Steps ” an elderly woman named  Mrs. Hanley Parsons is portrayed as a retired Executioner living out her final days on a quiet suburban street in Greenlake, Washington- shunned by her family and friendless except for her young neighbor.

The story is supposed to be a fictionalized account of their Moscoso’s and Parson’s real life friendship. In her story  Moscoso credits Parsons with influencing her as a writer. For those who know Anita it’s widely assumed Parsons also influenced her decsion to become a Funeral Director as well.

In our research the Soul Food Cafe found three documents  bearing the name of a Mrs. Hanley Parsons who lived in Greenlake, Washington.

One is a newspaper story published in 1983 about the ” Pioneer Families of Snohomish County ” that  shows that Hanley (formally Gravesend) Parsons was born on November 5th, 1864 and that she died on her birth date 1964.  Another is a Wedding Certificate dated from 1904 and the third was a title for propery located in the town of Fallen, Washington.

The former  Miss Hanley Gravesend, came from a family carpenters by trade. They sidelined as Coffin Makers and supplied most of the funeral homes in this area. To those familiar with the Snohomish County area you probably know that Gravesend Fine Home Furnishings is considered in the larger King and Snohomish County areas to be one of the ‘upscale’ stores of it’s kind.

However the Gravesends of present day Snohomish County are very insistent that no connections exist between them and the present day  Parsons.

Pressed Mr Barrow Gravesend said, ” Well, I’ll tell you, I ‘ve never met Anita but for the most part she knew some things about Hanley that she couldn’t have known- like those cookies that Hanley made and the ‘cat basket’ as she called it. Now that just made my blood run cold to see that turn up again. Oh and you’d never have know it, but Hanley was a gifted teacher. In fact that’s what she was younger days for a short period and several of her students went on to be doctors and scientists and the like.”

And what really became of the real life Mrs. Hanley Parsons?

” The truth of it is, no one knows.  Some people say it her heart gave out one morning when she was working in her garden and that her family buried her in her yard. Some people who made it through that fire in Union Landing would swear she died out on the Marina and there’s even this Doctor who says went senile and died in a nursing home that he worked at in Edmonds.

…and other people say, the ones who have been to the Executions in this state that have taken place since Hanley retired, that you should take a good look at the Executioners eyes.

They say you’ll see long dark lashes- just like the kind a woman would have.” 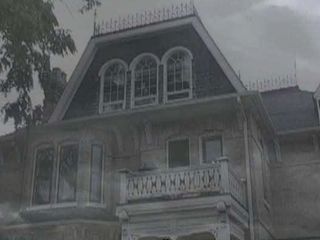