“Mark Of The Penny Snatchers”

dedicated to my husband

and to his friends

who inspired this tale.

” So you finally get to go on vacation, ” Chesa Appleway’s friend said to her at lunch. ” I can’t believe it. You on vacation. So. Where are you guys going?”

” To Seattle. ” Chesa said into her plate of Chilli-Fries.

” Well. That sounds nice ” Vicky said wondering why Chesa looked like she was going to Seattle for a funeral as opposed to Seattle which was at least six  States  away from work. ” Is it for a special occasion or …” Vicky snuck another look at the expression on Chesa’s face and thought- God, it has to be bad. but maybe it wasn’t so she asked, “I know you’re going to see that volcano- Mount Helen, right?”

” Mount Helen…geeze Vic is that all  you ever think about? It’s called Mount Saint Helens and we won’t be doing anything fun like walking up and down the side of a live volcano on this trip.”

” Oh no. ” Vicky could have pinched herself for being so dumb, of course it was for a Funeral or something like that- Chesa and Norbert never took vacations – Chesa and Norbert owned the biggest, the most well known Coffin making company in the United States. Those two were always working and if they weren’t working they were thinking about working.

” So why the trip? ” Vicky asked quietly, gently.

Both women looked at each other for a minute and then burst into tears. 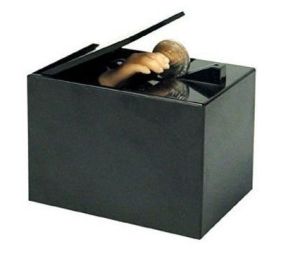 Later, Chesa had to admit that the four days in Seattle weren’t her worst days, maybe not the best but they were far from being the worst.

Most of Norbert’s classmates enjoyed telling her stories about the Norbert they used to know and in turn they seemed happy to hear Chesa’s stories which more or less confirmed that Norbert  was indeed still Norbert.

Norbert still liked to read History books for fun, he still sang in a rock band on the weekends and he still drove to slow on the freeways- which meant he still got pulled over a lot because nothing looks more suspicious to a Cop then a sports car going under the speed limit on the freeway.

That wasn’t a huge problem because the one thing you could count on was that the roads Norbert drove on were going to empty because Norbert hated to drive in heavy traffic.

So it was the night of dinner / dance down at waterfront when Chesa, Norbert and some of his friends stopped into a tourist shop that featured a Mummy, a collection of shrunken heads and a machine that flattened pennies that Chesa really did learn something new about Norbert- something that she never thought he would do.

Norbert was a member of a secret club.

Chesa learned about the Club just after she and Norbert and some of his friends were all looking at the Shrunken Heads collection together. Chesa moved down to take a look at a two headed calf  and when she turned around a few minutes later she saw Norbert, Mark, Keith, Tony and Darren standing there in front of the Penny Flattening  Machine looking slightly embarrassed and a little guilty.

Norbert said, ” well if we had used this thing it would have saved us a lot of trouble.”

” I mean, ” Norbert held his right hand up ” I could have been a Piano player AND a singer.

” What do pennies have to do with you not having the tops of two of your fingers?”

Darren looked around and said almost in a whisper, ” we were part of a secret Society called  ‘The Penny Snatchers’ “

” You lost your fingers stealing pennies Norbert ? Good. That was stupid. If you were going to steal money you should have at least gone for nickles. Maybe even…dimes.”

” No- ” Keith took her by her elbow and leaned down and whispered into her ear, ” we used to go down to the tracks on King Street and put pennies under the trains wheels while the trains were parked and right after they flattened them we’d snatch them off the tracks before the next set of wheels came along. They cars were moving slow at that point. Most of the time.”

” Yeah. Well, we were kids. We were eight years old when we started  The Club. We cared more about that then being in the Boy Scouts even” Darren said as he started to go through the change in his pocket.

”  For the dare” Norbert said defensively “and we collected flattened pennies. Those things were valuable.”

“ Invaluable ” The Penny Snatchers said all at once.

And then they heartily agreed at the tops of their  lungs with each other and just in time remembered to lower their voices. Fifty years may have gone by since the first official meeting of the Penny Snatchers, but from the looks on their faces it could have been two hours ago.

Chesa rolled her eyes upwards at the comments that followed about bravery it took to be a Penny Snatcher and the cool comics and candy you could trade your flattened pennies for. And as Chesa looked down and considered what to say to that she noticed that Norbert wasn’t the only one of the Penny Snatchers with missing fingers.

” Whose stupid idea was this penny snatching thing? “

Norbert and the other guys – who had indeed bought some flattened pennies from the Machine started to walk towards the front of the store.

Chesa and Mark were left standing alone by the Penny Flattening Machine and a shelf full of soaps set with scorpions and leeches- plastic ones Chesa guessed.

” For real, this was all about collecting flattened pennies?” Chesa demanded.

Mark held his hands up in mock self defense and Chesa saw he still had all of  his fingers still attached to his hand,  ” I wasn’t there to collect pennies.” 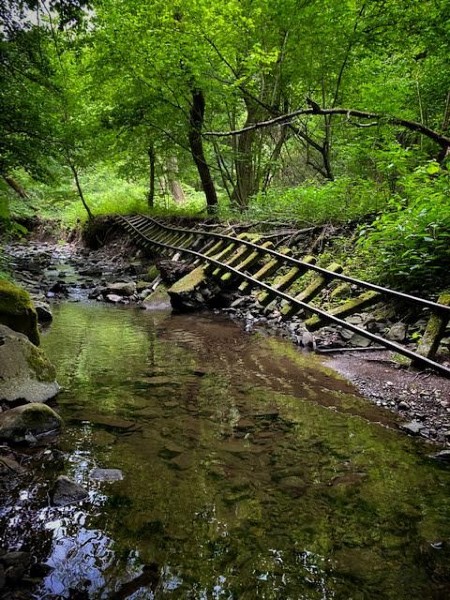 One thought on “Mark Of The Penny Snatchers”