The Bakery is on the corner of Washington Street and when Oakley first started to work at the Haunted Bakery an employee named George told him about the ghost of a woman who stands in front of the display case where the cookies are displayed and asks if the train will be on time today.

George shook his head. ” I wish I were. I’ve never seen anything sadder then that Ghost Lady, waiting on that train.”

” So what train is she talking about?” Oakley asked. Oakley was new in town and as far as he could tell there weren’t any trains running through it now so guessed the ghost lady and her train were form a long time ago.

George, unlike most people who seemed to enjoy telling a good ghost story looked around to make sure the bakery was empty and then he told Oakley, ” she’s talking about the 377.”

Oakley could see something very wrong had happened to the 377.

George was looking like he regretted bringing the story up. But it had to be done. The Train Lady had scared away customers and employees for years now. She was easier for to deal with if you were prepared.

” So what happened? Did it jump the tracks and end up in the Lake or something like that?”

” Well. No. See, this was the Morton Mill Station Train Station and the 377 used to come through at around eleven. And one day it never showed up.”

Oakley waited for George to continue and George looked towards the door  wishing the entire time that someone would walk in and he could get out of Train Story Duty. ” The train left Everett on time, it went through Terrace Lake at it’s usual time and just before it got to Devilbit Lake it disappeared.”

” People saw her Oakley, they saw her round the bend not even a quarter mile from the lake, they even heard her and she just never came around that corner. She never made it to the Bridge at Devilbit.”

” She just disappeared into thin air.”

Oakley wasn’t sure what to make of the story he had just heard.

“George leaned against the cookie case and said, ” The 377 was first train around here to disappear on route to Devilbit Lake. After the 377 dissapeared there were six-“

” Six trains disappeared into thin air?” Oakley asked ” Are you kidding me?”

” That is messed up George. What happened next?”

” Well, people took it into their heads that something was happening to the trains when they got near the Devilbit Lake Bridge  so people came in from Waremount and Appleton and burned the bridge down and then they tore up the tracks.”

George looked relived, he was nearing the end of his story. ” So right after the 377 was lost this woman started to show up at the station asking after it and years after they shut the station down and it was turned into a diner she still showed up asking for the 377 and she does it now.”

” So is this Ghost Lady waiting for someone on the train? Was she supposed to be on it? Did she have something to do with the trains disapearing? Because I’m willing to bet that train is in the Lake-probably its on top of 15 other trains at the bottom of the Lake.”

” There’s no Trains down there. One of those Ghost Hunting shows sent cameras down there- even one of those History shows did the same thing. Nobody found any trains. But last year they found this car and what was left of this Mortician who owned it at the bottom of the Lake. For years people thought he had run off with this singer from Bronson Park. Let me tell you, that was a let down. I used to love that story-.”

Oakley leaned his back against the Cookie Case and looked up at the menu on the wall. ” So who was she?”

” No idea. The thing of it is. A few months ago she started to show up at the airport up in Lister… and she’s asking for the 377 there too.”

” That’s a weird story George. I sure wish I could figure out what the Ghost Lady wants. I would really like to know where all of those missing trains are.”

” You could try and ask her Oakley.”

Oakley laughed. ” Sure I could. Have you ever asked her about the 377 George?”

” Lots of times. But she doesn’t answer questions Oakley, she asks them . It wouldn’t hurt though-you could ask her.”

” No really Oakley, you could ask her.” George was pointing over Oakley’s left shoulder. ” Go ahead.” 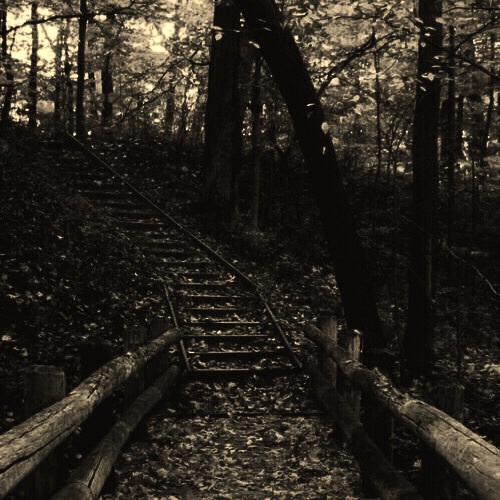 2 thoughts on “A Ghost Story”