Halloween-its not just a Human Holiday

So dressing up pets seems like the logical thing to do.

The Headless Dogman- this is an impressive costume and a great idea- and I think that dog deserves a lifetime supply of treats for going along with this.

I’d dress my pets up ( I have cats and dogs,) for Halloween  only I do recognize the fact they pretty much act as a pack so at the end of the day its safe to say I would probably disappear without a trace.

Halloween Kudos to all involved the Headless Dogman and family.

However, this costume was just nifty and won me over in a big way- I have a dog named Cerebus, so I’m just partial to the idea of a three headed dog. But this isn’t just any Cerebus…its

Come on, what’s not to love about this costume! 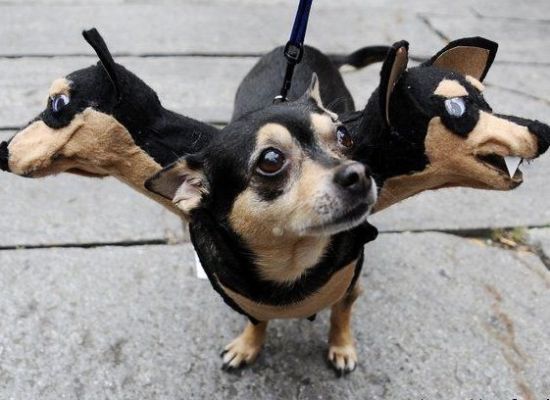 3 thoughts on “And We Had A Howlin’ Good Time”