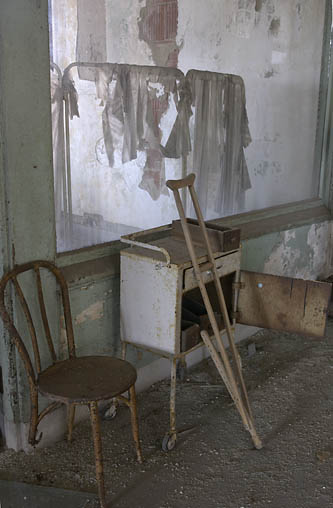 Mia and Akela were sitting on a park bench just across the street from the Lander House and they saw the camera crews and the ghost hunters and the famous Medium, Mr Newport doing whatever it was one does to get ready to tape a tv show.

” I think Mr Newport is so debonair.” Mia sighed. ” I wish I lived in a haunted house. I would love to have him sit across from me and take my hand in his and help me bring light to the dark places that haunt us all”

” The where? Are you serious here Mia?  He’s a ghost hunter. Tell me. What does one do with a ghost they’ve hunted?”

” Well. You’re such a fan. So take a stab at it. Do they cut their heads off and nail them to a wall? Turn them into rugs or belts or umbrella stands? All hunters take trophies Mia. It’s the nature of the beast.”

” You have no Soul Akela. None. You could travel around the world and end up sitting on this park bench across the street from that awful building and still wonder if Becks still makes strawberry milkshakes with fresh strawberries and not frozen.”

” Well. I don’t care what you say. Mr Newport is my favorite TV star. I think he really believes in what he’s doing and he helps people Akela. What’s wrong with that? Look. It’s not like he’s actually hurting anyone. I mean. Seriously. He can’t, can he now?”

” I just don’t understand why you hate him so.”

” I hate him, ” Akela said for the hundredth time that month, ” because he’s vain and stupid and that accent of his has got to be fake. That’s the worst. That stupid accent. I mean, he doesn’t even try to be convincing. He has got to be the worst actor on the face of the earth and he must have a million fans. How does something like that happen?”

Mia shrugged and looked away from Akela.

” Mia. This guy is so bad. Look over there. The Lander House. The Infamous Hospital where the story says  the staff disappeared and the patients were all found murdered in their beds and instead of taking all those dead people to a cemetery they buried them on the grounds behind the hospital because there was so little left of the bodies to bury. Why Mia did he chose the Lander House to look for ghosts?”

” Because it was the scene of a terrible tragedy and sometimes tragic events imprint themselves onto things in the physical world and they get replayed over and over again.”

” So the Lander House wasn’t the hospital, The Prefontaine Hotel-” Akela pointed to a large brick building behind them ” was the hospital where the staff did disappear and twenty patients died and they were buried on the grounds because the Prefontaine was a charity hospital and in the old days that’s what they did to people who died there. The only weird thing was them turning it into a Hotel. Still.  Do you know who gets that history wrong? Historians and Ghost Hunters- and do you know who duped them into looking at the wrong building? The Developers that turned the Hospital into a hotel.”

”  Well. The Lander House was a hospital and I’m sure there are ghosts there.”

” Mia, there isn’t a single one. It’s just a building with a bunch of junk in the halls and paint peeling off of the walls. That’s it.”

” Well. I think Mr. Newport’s heart is in the right place. I think he really does want to understand the next world. I can see it in his eyes.”

” Mia, I don’t care that he’s never actually seen a real ghost or been to a real haunted house or that he’s got a silly accent. He wants to find those things. He’s a true romantic.”

“Well. He’s not going to find them over there. That’s for sure. And if you and me went over there right now and told them that boring brick building across the street was the…”

Akela took a deep breath and ignored that last comment from her friend. ” real scene a terrible tragedy and mystery they wouldn’t care because that…” she pointed to the Lander House ” looks better on film than that…” she said waving her hand at the Prefontaine.

” He could be sensing something at the Lander.”

” Well. He’s not going to sense anything at the Prefontaine either.”

” I wonder what his real name is.” Akela asked.

Before Mia could answer they saw a woman from the Ghost Hunter crew pointing towards them and then she waved at them and crossed the street to where they were.

” Hi, nice afternoon isn’t it?” the young woman held her hand out and said ” my name is Lissy Peterman, I’m with the crew.”

Akela kept her arms folded across her chest and Mia said:

“Wow.  Thank you. We appreciate that.  I was wondering if you ladies would like to be in one of our interview segments.”

Akela told Lissy Peterman, ” there aren’t any ghosts over there  you know.”

” Well, if you know any background about the Lander- we’d love to hear your stories.”

Mia stood up first and smoothed her white Nurses Uniform with her pale hands and as Akela did the same  she whispered into Akela’s ear ” take it back.”

” Hey. There aren’t any ghosts at the Lander….yet.”

One thought on “They Left Them There”