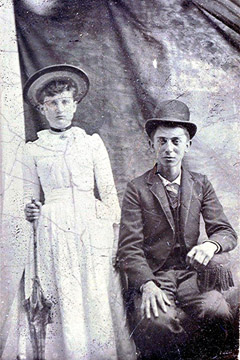 ” Why does Devlin Marsh’s wife  hang pictures of dead people on her walls?”

There are pictures of people in laying in coffins or sitting in chairs and they are surrounded by flowers and mourners and in one a dead girl,  her eyes flat and dull stares at you from forever. 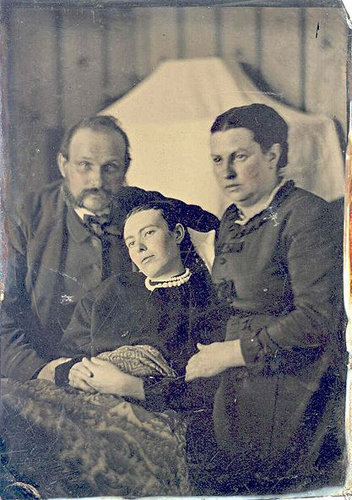 I think Devilin’s wife is  named LaVerne, but I could be wrong.

I have never asked and most people don’t want to know about Devlin Marsh’s wife who came into the world on a night where a storm tore through her home town and the lighting strikes almost burned the hospital she was born in to the ground and after Devlin’s wife grew up most people wished it had. 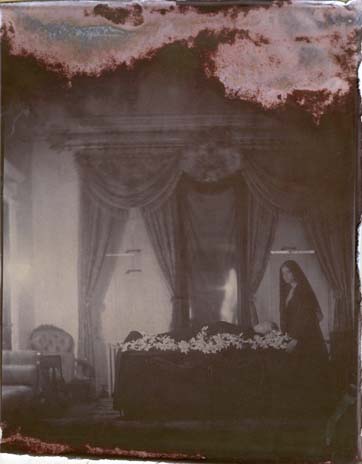 Devlin Marsh’s wife, whose name could be LaVerne has pictures of old people and young people dressed for the grave hanging from the walls in her hallways and sewing room, in her sitting room and there is even one hanging in her pantry in a heavy silver frame where the dead man in the faded picture  looks all day at the food Devlin and (I think her name is) LaVerne will eat for their meals.

Devlin’s wife is good with a knife and she is a fine and patient cook- so Devlin has said  about his wife. 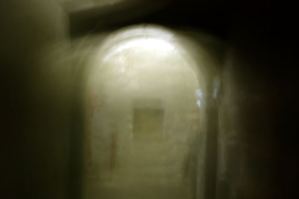 If I could ask- I think her name is LaVerne- one question I think I would ask about the one place in her house that does not have pictures of dead people hanging from a single wall.

It’s on  closet door in a spare room.

And it is nailed shut.

So I have heard. 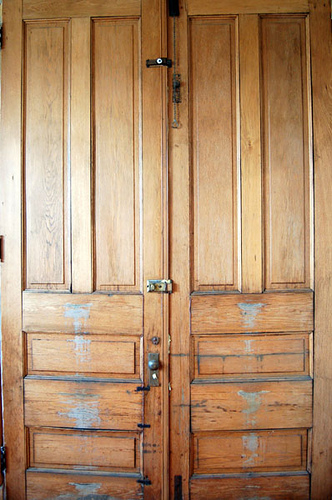