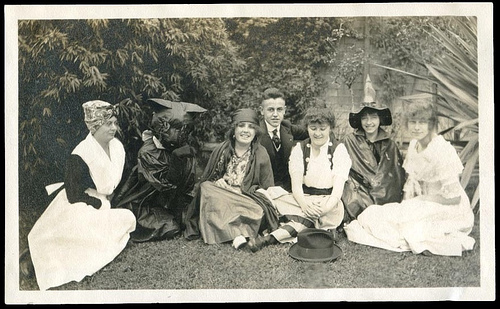 What would you do about  Halloween if your name was October Skeletons?

Would you celebrate Halloween? Hide from Halloween? Would you spend each day of the year leading up to Halloween cursing your Mortician Father and Science Teacher Mother for not only keeping that weird name but naming you October to boot?

Well. October did none of those things because October Skeletons was a very practical man.

He worked as a baker and read history books and only bought things when they were on sale.

The only jokes October knew were the ones that were printed on paper place mats at one of three diners he ate at when he did eat out. And I should probably mention that he really liked those jokes and told them in such a way that people actually laughed at them.

So just before Halloween October’s friends at the Bakery started to ask him what his plans for Halloween were, and he told them like he told them every year. ” I just don’t have the heart to celebrate Halloween. My Parents were big on it, they were married on Halloween you know, my Mom would throw these big parties for Halloween and people would dress up and play games. It was grand. She was grand. Both of them were exceptional people and once they passed on well…but like I said. I just don’t have the heart to do anything for it.”

This year, October’s friends at the Bakery insisted that this year he was going to Lissie Kade’s Halloween party with the rest of them. He was going to dress up and eat food that had been shaped into body parts and hand out candy at the door to trick or treaters.

They told him that there were going to be no if and or buts or stories about missing his parents or stories or how empty his life was without his Grandparents who had traveled in sideshows and worked as Magicians and how he couldn’t really have fun the way he used to without  his mortician Aunt and grave digging uncles,

he just didn’t have the heart to.

” Oh come on October, they sound like they were great. ” they said to him as they got ready to start the days baking ” but they’d want you to have fun. Right?”

” Of course they would. But I counted on them for that and now…”

Ramsey Mathis is October’s best friend and this time he walked up to his friend, grabbed him by the shoulders and shook him hard, ” You are going to go to this party, you are going to have fun and nobody wants to hear that you…”

” I told you, ” October said as he pulled his friend’s hand from his shoulder and put it on the center of his chest. ” I  do not have the heart for it.”