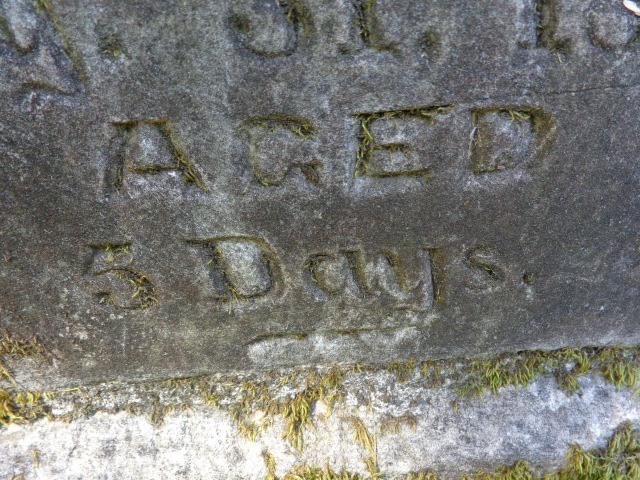 Last Summer I was stocking up on cemetery pictures for my Halloween Blog (which did not happen due to the fact my life decided we were NOT going to be doing any writing for the rest of the year ) when I found this headstone in a cemetery in Bothell, Washington.

What grabbed my attention and wouldn’t let go was the epitaph.

I guess if you had to sum up a baby’s life, you can’t say much more.

I’m sure the child was beloved, wanted, cherished. I’m sure that in its room that baby had a dresser with clothes, toys lining a shelf and that it’s Mother had picked a name that she had put to a face to the minute she knew she was pregnant – an adult -face because isn’t that what babies do?

You give them adult sounding names, strong names so that when they grow up that name will be waiting for them to take on and out into the world.

I’ll be the first to admit it my grief and anger and despair are always front and center. I suppose it’s why I write what I write. Or why it’s easy to approach the subject matter I deal in.

So, had I been that Mother I probably would have gone back and carved into the stone- with my bare hands:

Life isn’t fair and Death is a Cheat and when it comes right down to it, they have a lot in common.  Two of those things being that they create anxiety and hope at epic levels.

Such is the source of the horror of it all – how fine that line is between life and death and how fragile it all is. 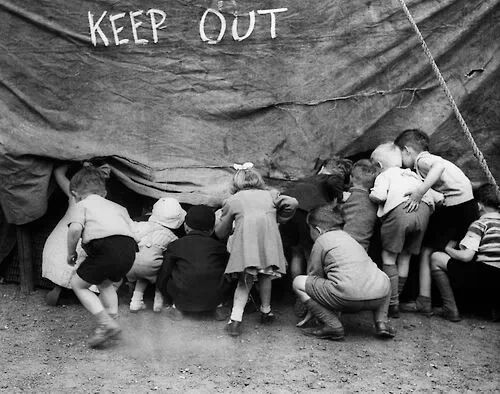 ” So what are you doing tonight?” the writer’s friend asked- sort of asked- because she asked by text message.

” Looking for monsters ” the writer wrote back.

” I’m a writer and when I write, I do choose my words carefully.”

” But yes, dinner sounds great. Look. Do me a favor. Bring a shovel. And if you’re really a pal, you’ll bring two. “

” Ha! What are we doing? Burying bodies?”

I wonder what happens to my stories

when I hit that enter key and they fly into cyberspace.

I’ve heard  that when you put something on the internet it will live there forever.

I write about the things that nightmares are made of.

I used to think that living in the suburbs was boring.

I grew up a few miles from a guy who started a racist movement that has been tied to murders and someone stashed a body in the woods where me and my friends used to play everyday after school. 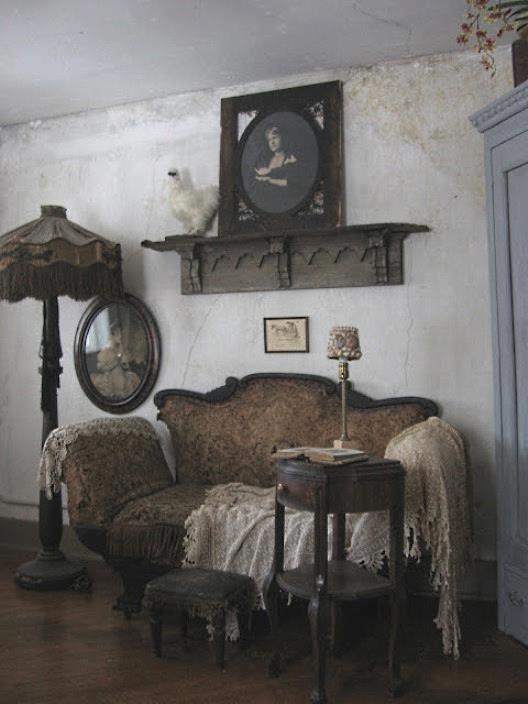 When she returned to Riversleigh

the lights were on, the windows were opened to let in the fresh crisp  air and the birdsong and of course the music that Riversleigh River makes as it winds its way by the big grand house.

She stopped before making her way to the door and for a moment, and for just a second  the Sun seemed to fade, the air grew colder the birds stopped singing.

looked up to the house with no expression on her shadow enshrouded  face and walked  forward to the door.

She hesitated and then:

She knocked and the sound, that short brief knock, boomed through the halls, it rattled the windows and somewhere in the house- someone said:

” Throw another log on the fire. Winter is here.”

The Party You Are Trying To Reach

A week after his wife, Leah Frost ran over a dog- wich was actually a euphemism between husband and wife for ‘the woman you hit with your car and dragged for almost a mile down a gravel road’  Sal Frost was nearly driven to running over and dragging his wife down a gravel road when Leah  started to hear the ringing phone.

Sometimes the phone- which she said had one of those oldfashioned ringtones- and not one of the new ones that you could download on your cellphone that sounded like chickens or maniacal clown laughter or something by Mozart- rang while she was in the bathroom washing her hair, or when she was reaching for a carton of cranberry juice out of the cooler at the grocery store and sometimes it seemed to come from right beneath her feet when she was in the kitchen pouring herself another glass of wine ( which she did a lot of since she ran over ‘the dog’)

On these occasions, if he was around she would grab his arm and whisper frantically ” can you hear it Sal? Can you hear that phone ringing?

After the millionth, it could have been the billionth time for all he knew at this point, Sal looked at her with a look that shouted, “if I hear about that phone one more time…just one more time Leah I’m going to put you in the same ditch with that “dog”…do we understand each other? Are we clear on that?

They did understand each other. Perfectly. So instead of saying anything about a ringing phone Leah’s eye would twitch like crazy and on some occasions the entire left side of her face would twitch and Sal would glare at her and she would not say a word.

He didn’t care if that drugged out dingbat he was married to went into a grand mal seizure as long as she shut the hell up about that ringing phone.

“Really Sal? “He would ask himself as he would watch his wife  standing by the mail box or smoking one of her several packs of cigarettes a day.

What the hell was life going to be like when she hit 70 in a few years? Would hitting the big seven-oh slow her down? He thought not. In Leah’s universe there was still plenty of time left to run over ‘dogs’ or overdose on whatever the hell she was taking that week and would she do it in the privacy of their home?

His wife. That’s who.

Sal looked up and wished he had the nerve to walk into her bathroom and start opening bottles in her medicine cabinet and start throwing the contents back into his throat until what was left of his life was burned out of his bones once and for all.

After one such thought- and there were several like that around the Frost household now days Sal was outside when he heard…faintly from the back yard a phone ringing.

Not one of those new ringtone that sounded like robots or singing birds or cats meowing.

It was an old-fashioned ringtone it was deep and rich and trilled as it ended, briefly before starting back up again.

He walked slowly to the back of his house and he could hear it- it was louder but not by much. He walked all the way to the fence line and there…it was louder here.

It was coming from the house next door.

The old abandoned house next door with among the other messages and spray can artwork on the walls was something written on the ceiling. It said,

But he could hear it ringing now, it was non-stop and it was so loud.

And it was ringing.

The wires were neatly coiled next tot the phone and  the receiver was off the cradle and yet…it was ringing Sal noted with wonder.

Sal walked over to the phone lifted the receiver to his ear and a calm, cool women’s voice asked hin if he would accept the charges.

” Person to person call from Riversleigh Manor to Mrs Leah Frost, will you accept the charges?”

” Sir. I have a person to person call from Riversleigh Manor to Leah Frost. Will you accept the charges?”

Sal looked around the kitchen, could see the writing on the ceiling in the next room and the phone, the dead phone sitting on the window ledge in front of him. ” My, my wife isn’t here. This isn’t our house. I…I…”

” Sir I have a person to person call from Riversleigh Manor to Leah Frost. Will you accept the charges.”

Sal nodded. ” I mean yes sure. I’ll accept the charges.”

” Thank you sir. Riversleigh you may proceed with you call.”

Sal never saw the face of the person who rammed their fist through his back and into his ribcage. Never felt the hand yank his heart out and let it fall to the dusty floor.

And Sal was way beyond seeing anything anymore when  a small foot, a woman’s booted foot stepped on it.

” I’m sorry Riversleigh.” The Operator said over the dead receiver. The party you are trying to reach is no longer on the line. Shall I try again?”

And then a voice, neither male or female, cool and dry whispered over the line.” No. No that’s fine. I’ll try again later. Only next time I do believe I’ll call direct. “

Write about what you know the experts say.

In my case that would be:

Corruption ( both of the spirit and body )

I wish I knew more about Swords and Princess.

I never realized what that symbolized until I saw it there.

I wonder if the water screamed. 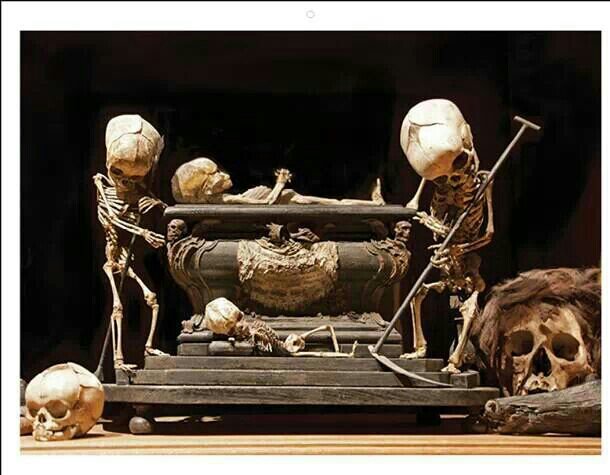 What goes on in your head when you’re writing
Anita Marie?

This.
Yeah.
Pretty much this.

I paid my quarter and watched him laugh over and over again.

And I indeed I got my money’s worth
Because
I can still hear him laughing
Over.
And.
Over.
And over again.