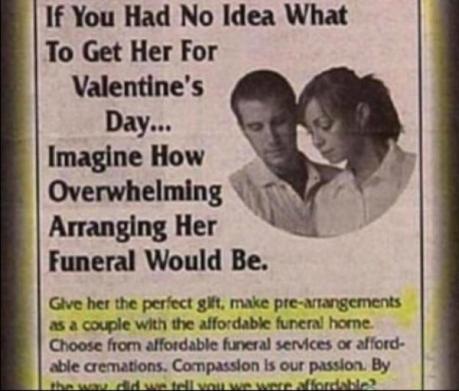 You know what would be funny?

and a fish wrapped in a vest.

I am going to be laughing for the rest of the day over this one.

Tell us about a teacher who had a real impact on your life, either for the better or the worse. How is your life different today because of him or her?

When I was in school they asked us what we wanted to be when we grew up.

At the time I was about 10 and that person was not a young woman to be trifled with.

I knew I was SUPPOSED to say a Teacher or a Secretary or a Mom- none of which appealed to me because I knew a lot of women who did that work and they weren’t exactly happy when they left for work in the mornings. It seemed like a grim existence.

I knew better then to say what popped into my head, but I did it anyway.

So I told my teacher I wanted to be a Hang Man.

I was great at  knots I said plus, I’d seen it done a million times on TV so I was pretty sure I was ready to enter the work  field of my choice.

She told me I was being silly.

That wasn’t a real job, besides women didn’t do that kind of work she said firmly.

The trouble was, I believed her.

Years and years later I was reading a book about death and one of the chapters dealt with executions and in particular there was a part about Ted Bundy.

One of the witnesses who could only see the eyes of the executioner ( Bundy was electrocuted if memory serves ) remarked that the Executioner had long thick eyelashes- they kind a woman would have.

Now this is noteworthy on two points- getting sent to  Hell by a woman after what Bundy did  is just to delicious for words.

I must say, if those words were a cupcake it would be topped with three inches of thick delicious frosting with a deep rich velvet cake buried in there somewhere.

Second point, I read that line a few times, let the book fall on my face in despair ( I was reading in bed, because nothing says fun, fun, fun like reading about death before your eyes shut and you’re plunged into darkness) I thought to myself:

Son of a bitch, I missed my true calling.

Because someone else answered the phone before me.